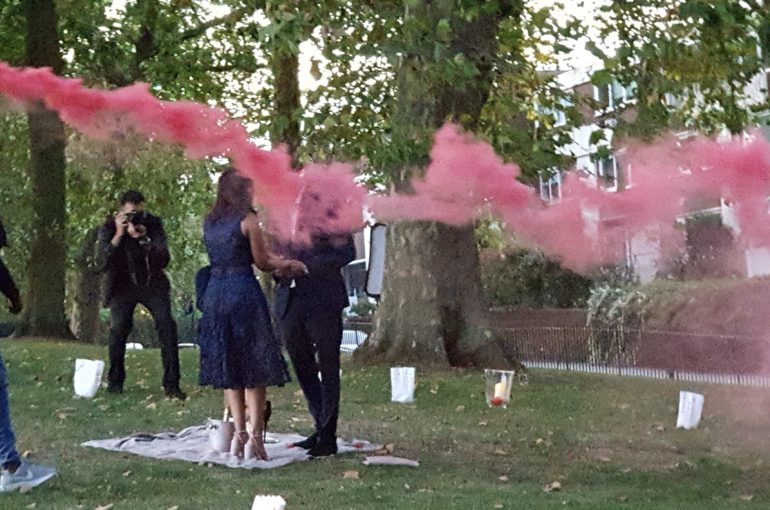 It was a sunny day in August when we got the call through that we were required to put our heads together to help plan a surprise proposal.

We met with the boyfriend and walked through the famous Primrose Hill in North West London and immediately saw that it was a massive park.

Everyone who was anyone had their dogs with them, and they were enjoying the evening.

The moment they walked through the park gates, the dogs were let free to run and wander.
I am simply so scared of dogs, and have been since I was a child.

This was going to be my challenge, but anyway I had to secure this young suiter’s confidence, to reassure him that we will be great as usual in setting the scene for the proposal.

it was apparent that we didn’t have long to plan as the sunny days were fast becoming a thing of last year and summer was fast going.

The date was set for September, but had to set two potential dates in case it rained on the first date of choice.

We had planned for a small secluded section of the park, and we planned where the boyfriend would enter the park and the long

walk up the park path to get to where we would be all set up.

I advised the boyfriend to book a nice restaurant for after the proposal they had a nice meal to go to…. fingers crossed she said yes otherwise we would have to go for the meal ourselves.

On the week prior to the planned date we worked with eventdecorhire to plan the many candles we were set to put in the park.

We had lots of tea-lights, balloons and string lights  to hang from the trees and large lanterns to place along the pathway leading to the heart shaped lights.

On the early Sunday evening, we started our plan – the section of park we had pre-chosen was still available and more or less clean.

We met with the photographer who was also the boyfriend’s close friend and the videographer who set up their places within a few minutes.

Then came the switching on of the many, many lights, tea-lights and candles, hanging the lights on the tall tress was a bit challenging. We had to make sure they were all hanging straight and ready to work.

We didn’t want to set up too early as the candles would not show up to full effect, and may all go out as it was quite a windy day.

The boyfriend was due to start making his way from about 6.30pm and should arrive to us by 7pm – then he messaged and said he would be arriving by 6.45pm.

We were not quite ready and were still having issues with the candles which kept blowing out with the windy evening.

Then we had the call to say the Boyfriend was entering the park with his unwitting girlfriend.

We had set everything up as planned – the lanterns were lit and lining the pathway. We had a big heart shape with tea lights and the candles and there was music playing in the background.

Passersby kept asking what we were doing and why we had lit so many candles with champagne and ice bucket on a blanket in the middle.

We had to keep people away from our area so a big crowd started to gather- we had to keep an eye out for our boyfriend as he was walking his girlfriend along the long pathway to our planned area. 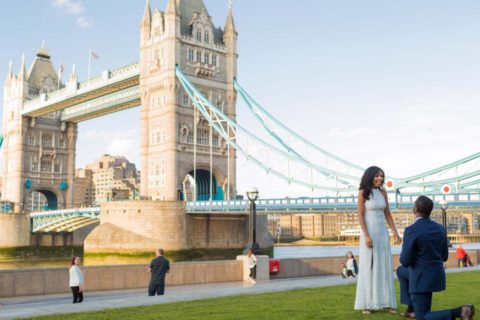 Top 5 Destination Proposal Ideas Destination proposals are a great, romantic and memorable way to propose. What can … 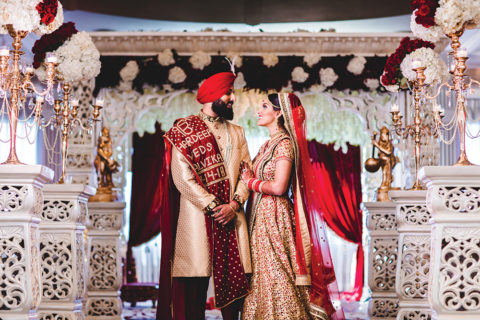 10 Top Tips for an Asian Wedding 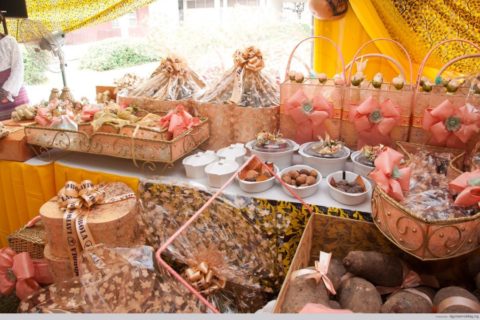 Honeymoon trip for two in your retro car

Covid19 crisis as a Wedding Planner

Pros and cons of a good wedding ceremony

Why not to complicate the hair for the wedding