Happily married couple Seal and Heidi Klum renewed their wedding vows over the weekend with a goofy, over-the-top super-tacky ceremony on Broad beach in Malibu. The bride wore white and had her hair done up in braids with beads Ã  la Bo Derek all those years ago.

On May the 10th, Heidi Klum and Seal will have been married for 6 glorious years. They renewed their wedding vows last weekend in their usual entertaining yearly tradition, The couple never ones to shy away from a spectacle saw Klum and Seal go all-out with a masquerade theme.

Previous wedding vow renewal themes have had Seal in a mullet and required black and white attire for guests. Heidi wore an over-the-top strapless gown with an unwieldy hoop skirt and plumed mask; he sported an elaborate giddy headdress. The couple’s four children were kitted out in feathers. One hundred guests gathered at Donald Trump’s Mar-a-Lago Club in Palm Beach as Heidi had previously reportedly called Trump at the last minute to ask to borrow the space. They may be the flashiest married couple in Hollywood, but as things go from this really exciting and yet romantic vow fest; they also appear to be the happiest couple in Hollywood.

How to keep the freshness of your relationship

How to make a delicious wedding cake?

A good place for the best wedding in life 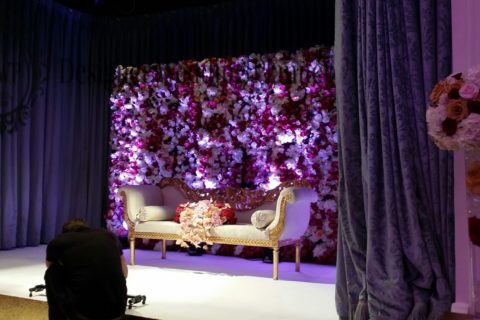